Skip to Content
Home Yarny Things Halloween This Is Halloween

At age 3, I wanted to be a Muppet when I grew up. Instead, I grew up and ran away with a theatre company to work with clowns and make them very silly props & costumes. Unfortunately, the only puppet they ever asked me to make was a ventriloquist doll that looks like Richard Nixon.  Don’t misunderstand, Tricky Dick was loads of fun to make. I started with a toy ventriloquist doll without a moving jaw, gave him a hollow torso and cut the back off of his head to rig it with levers and springs and he looks and works great on stage! Fun fact: it’s nearly impossible to carry a ventriloquist doll around and not hold it against your hip like you’re holding a super creepy toddler.

Sadly, Richard is no Muppet.

Our street is right near the train station and loads of people walk past. Now, we don’t really have a front yard. We’ve got a square of gravel big enough for our garbage cans. We’ve got some waterlogged possible fern-things and there’s a climbing rose (maybe?) going up the front facade. We also have a bright red front door. People glance at the house all day. I hate having the front curtains open because then they’re looking at me as I watch Midsomer Murders and drink tea in the afternoon. Halloween is nearly upon us and I decided that our door needed a little something. Enter this tutorial from Jill at babyrabies.com.

Of course, I couldn’t leave it as-is. Where’s the fun in that? Also, British Summer Time ends a week before Daylight Savings does at home, so it’s going to be crazy dark by the time all the little ghosts and goblins come around for treats. Good thing I’ve got ping pong balls, battery operated tea lights, a Sharpie, and a Dremel. Oh, and my trusty new glue gun (that works much better when it’s both plugged in AND turned on :/ )

I think he turned out awesome. Not a Muppet, but certainly Muppet-inspired. And makes me smile every time I see him. I hope all those train commuters get a tickle out of him, too. 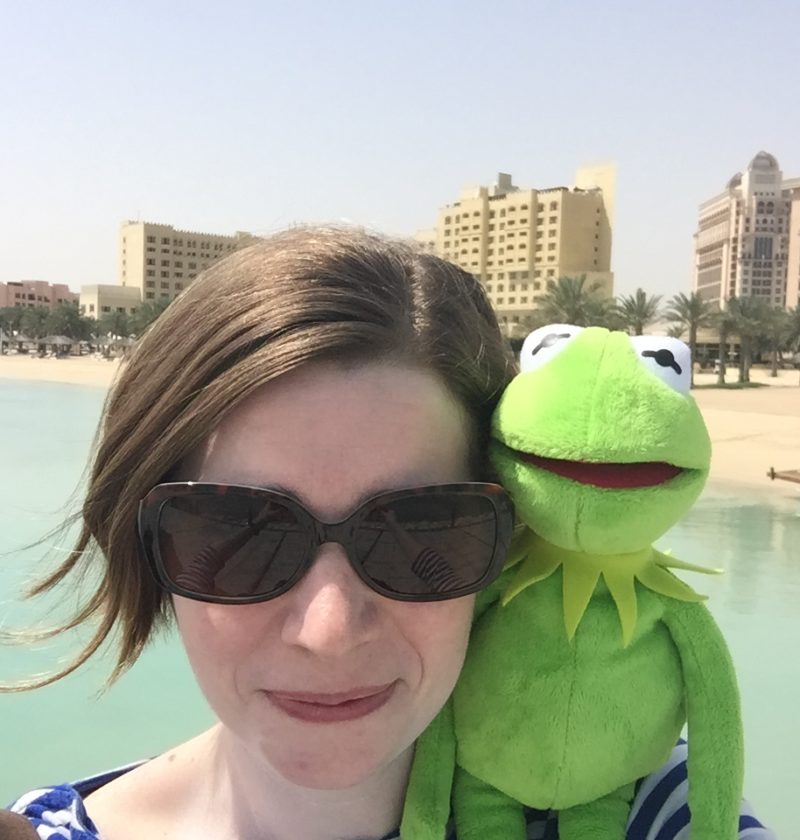 Hi, I'm Alli - a displaced Californian now living in Hertfordshire with my young family. I'm a maker by trade, and spend my free time making tasty treats in my tiny kitchen, crafting, and repairing things to stop them ending up in the landfill.